SO, as you know, I love words.

And, a word struck me this AM as I was getting ready to attack the day.

The word was: ALPHA.

Now, some of you may see this word and right way think:

I know this alpha that is such a dick- I never want to be that.

Well, those are not real alphas.

What if I told you that by definition, Alpha means first.

Alpha also means the brightest star in a constellation.

The part of the definition that often gets the bad wrap is: being dominant.

How about this though...

What if you were so good at something that you actually were dominant?

What if you learned new skills and became a total package that was ready for what sits in front of you?

But actually really, really good at something that you work on and train for that you became dominant.

As a result, you are often first.

And, because you are so good at something you shine the brightest.

Those are all good things.

So, today, I want you to become alpha.

Because I am a coach, I believe there is only one true way to become alpha and that is through constant work, practice, and sharpening of your sword: daily.

Now, let's start the trek to making your more alpha.

Step 1: What is your primary skill? (that thing you are great at and that comes easy to you and that thing that others say you are really amazing at)

Step 2: Set aside daily practice time of that skill. ( as we get older, we practice by doing- so when can you practice that skill daily?)

Step 3: Step into and embrace your talent, ability, and primary skill

You see, too often we never fully embrace ourselves and that thing we are exceptional at.

We use words like humility to keep us held back or to make us feel more gentle and kind.

Humility is good- but for many they are over-humble because of fear of perception of others and their quest for humility is costly to them living a life of full expression.

Before we go on, let's talk quickly about humility.

Humility is a state of mind.

A state of mind that says:  "I respect others- but still want to beat them when I am in competition with them."

" I am courteous, respectful, and treat others well, but when it comes time to showcase my primary skill, I hold myself to a standard of being nothing less than my best. In turn, others may feel less than, but that is their issue and not mine"

Those two statements are humble but very competitive.

Do not think you can have to reduce competitiveness to be humble.

Before each game, Derek Jeter would walk around the clubhouse saying: Stay Humble.

He would then head out to the field to completely destroy the opposition and settle for nothing less than winning that day and every day.

Today, as you attack your day, show up alpha.

Stick your chest up.

Trust your primary skill and pursue dominance with it.

In turn, your star will shine bright.

One of my favorite lines was spoken by my friend Reggie Jackson...

He notoriously said: " I didn't come to New York to be a star, I brought my star with me."

And, he is a Hall of Famer for it.

Check out my sit down with Venture Capitalist, Tracy Chadwell!

Check out the episode. 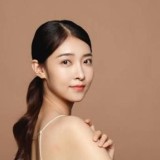 Attractive section of content. I just stumbled upon your web site and in accession capital to assert that I get actually enjoyed account your blog posts. Any way I will be subscribing to your augment and even I achievement you access consistently rapidly.